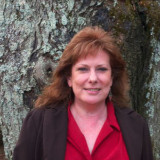 Making herbal pillows is a custom that dates back to Medieval Europe. For the most part, they were used to help mask the unpleasant consequences of poor sanitation. However, European mothers were also aware that the aroma of certain herbs could promote a relaxation response, a medicinal property known today as being soporific. So, they would craft a dream pillow to help lull a wakeful baby to sleep and ward off nightmares. In effect, a dream pillow is an old-fashioned, natural sleep aid.

One of the traditional herbs used to make a dream pillow is dill. For those interested in botanical genealogy, it’s interesting to note that this herb is named from the Norse dilla, which means “to lull.” Lady’s mantle was another popular addition. In fact, its properties were thought to be so sleep inducing that the morning dew was often collected from its flowers to sprinkle on linens. A dream pillow usually contained a generous amount of agrimony, too, since an old English writing tells us: "If it is leyed under a mann's head, he shal sleepyn as he were dead; He shal never drede ne wakyn till fro under his head it be taken."

Making a dream pillow is a simple project that doesn’t require any special skill beyond the ability to sew two squares of cloth together. Generally, any dried herb or flower that the dreamer finds pleasant can be used, as well as berries such as rose hips. In fact, the mixture closely resembles potpourri. However, since dried herbs and flowers tend to lose their aroma over time, a fixative is usually introduced as a preservative.

Is Amazon actually giving you the best price? This little known plugin reveals the answer.

Traditional fixatives include ambergris, musk, and civet. However, be aware that these materials are derived from animal sources. Musk is obtained from the male musk deer of Central Asia, civet from the African civet cat, and ambergris is extracted from the intestines of the cachalot, or sperm whale. Today, these materials are available in synthetic form and perform just as well without sacrificing wildlife.

There are also several plant-based fixatives that can be used. Orris root, which is made from the dried and ground root of the Iris plant, is one of the best examples. In fact, if dried Iris root is allowed to “ripen” for two years before being ground, it develops a scent similar to the violet. Another common fixative is benzoin, a resin obtained from a shrub and is a component of incense. Spices, such as ground cinnamon, can also be used as fixatives, as well as the ground or shaved bark of sandalwood or myrrh.

Contributing articles to PillowGuide is just one of Karyn’s many professional endeavors. She is also a magazine writer and columnist, mainly for health-related publications, as well as the author of four books. Karyn lives in New York’s Catskill Mountain region and specializes in topics about green living and botanical medicine.

Contributing articles to PillowGuide is just one of Karyn’s many professional endeavors. She is also a magazine writer and columnist, mainly for health-related publications, as well as the author of four books. Karyn lives in New York’s Catskill Mountain region and specializes in topics about green living and botanical medicine.

📦Amazon Doesn't Want You to Know About This Plugin

Learn about a little known plugin that tells you if you're getting the best price on Amazon.